Vertcoin: Interview with the Developers

After the switch of the algorithm from Scrypt-N to Lyra2RE Vertcoin is one of the most popular altcoins that have decentralisation as their first target. The new algo entails a lot of advantages.

BTC Germany had the possibility to talk with the members of the Vertcoin team.

1. Vertcoin always wanted to be a decentralised altcoin. There were a lot of rumours that ASICs can mine Scrypt-N and the community was not delighted. With the new algo Lyra2RE the coin is back to full – decentralization. What are the advantages of this algo?

It is true that Scrypt-N ASICs have become available and this created a marked effect on the Vert network, with the difficulty jumping over 8x. However, after forking to the new algorithm Lyra2RE, the network is back to normal and can be competitively mined with GPUs. ASIC resistance is important as it ultimately leads to decentralisation of hashing power. We have seen on the Bitcoin network an extreme centralisation of block confirmations with ASIC manufacturers running “burn-in tests” that last several weeks, if not months. Since there are only a few manufacturers that produce working products, we have seen blocks being solved by just a handful of entities, rather than the hundreds or thousands required for a decentralised network. What’s more, when subsequent GPU models are released, they are often still competitive with previous generations of cards, so buying a graphics card for mining is far less of a risky investment for your average cryptocurrency enthusiast than buying an ASIC that may never ROI or become obsolete after a few months. There are a multitude of reasons why ASIC resistance is important; the Vert community is more than happy to chime in if you have any questions on the matter.

Lyra2RE is a great leap forward for us. First and foremost, it is totally unique with Lyra2 having never been used in a mining algorithm before. This means that it will take some time for ASICs to be developed for it, if at all. Lyra2RE also runs cooler and with less power consumption than both Scrypt-N and the X1* family of algorithms, making it a far better choice for GPU miners, and gives us far greater leverage to thwart future ASIC threats over Scrypt-N.

2. As mentioned on the vertcoin blog the dev team is now able to switch algo easily whenever there seems to be an ASIC miner which can mine Lyra2RE. How does this work?

Lyra2RE is incredibly customisable, unlike Scrypt-N, which means that rather than changing the algorithm all together, when an ASIC is developed, we can simply change the memory usage, time cost and chain order in varying combinations, rendering any specialised device useless. ASICs work more efficiently than GPUs as they are designed at a circuit level to only perform one task (generating hashes) whereas GPUs can be programmed to perform many different tasks. This means that by changing the algorithm’s internal parameters, the whole ASIC chip will have to be redesigned and older chips will no longer work. By contrast, GPU miners will just have to download a new miner and they will be good to go. Full details can be found on our whitepaper: https://vertcoin.org/downloads/Vertcoin_Lyra2RE_Paper_11292014.pdf

3. With this development you won a lot of time you need in the competition with other altcoins. What are the goals you are aiming for in the next year? Is there a roadmap for 2015 yet?

Now that decentralisation has been secured for the foreseeable future, the development team can concentrate on adding new features to Vert which will bring us into the limelight. Miners these days tend to dump their coins after mining, so serious adoption and investment is required to back this up. Bitcoin hasn’t reached mass adoption yet as it is simply to unstable and too slow to be used in day to day transactions. The next era of Vert will aim to solve both of these problems, making Vert the most palatable digital currency to date. We believe we have a solution for creating elastic coin supply, which will automatically control inflation in a decentralised manner. This will help to keep the price of Vert stable, making it viable as a replacement for fiat money – something Bitcoin has been unable to do thus far. We are still in the process of fleshing out our ideas so watch Vert for future announcements and developments. Subsequent to this, we want to reduce confirmation times for transactions to as low as one second, so that Vert can be more easily used in businesses on the street rather than almost exclusively in online marketplaces. All of these developments will be on the bleeding edge of cryptocurrency and we will be looking for new talent to help us out with realising our dreams, so if you want to get involved, don’t hesitate to get in contact with us.

4. Vertcoin will be able to merge mine with ZeroVert and Monocle. Is there a multipool yet?

Monocle and ZeroVert are lagging behind Vertcoin in terms of the Lyra2RE fork and we are uncertain of their future. It is our understanding that Monocle will fork sometime in the future but both of their futures are unclear at this time. On that basis a pool with merge mining capability will no doubt spring up upon the news that one of the coins is indeed forking. 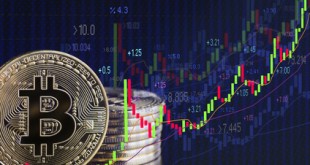 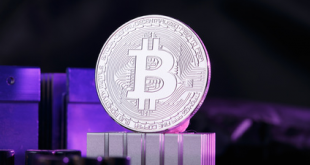 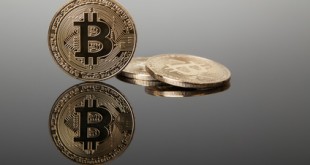 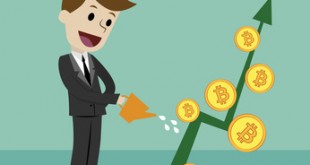