SACRAMENTO – August 25, 2014 – BitPay, Xapo, LibraTax, Roger Ver and others are kicking off an initial fundraising campaign that begins today for the BitGive Foundation. BitGive has received its official 501 (c) (3) status from the IRS, a major achievement that validates BitGive’s approach and efforts.  They are raising initial funds to build their long term fund for charitable giving.  BitGive is the first Bitcoin nonprofit organization to receive a 501 (c) (3) approval.  In just over a year since its founding, the BitGive Foundation has raised funds and lead campaigns donating to several public health and environmental causes.

Connie Gallippi, Executive Director of BitGive shares,“One of our first goals was to secure our 501 (c) (3) status, which enables BitGive to provide US donors a tax deduction for their donation and provides a number of legal and financial benefits to the organization. We are very grateful for the expert legal team we have at Perkins Coie, LLP, who provided pro-bono services to establish the Foundation and apply for this tax exempt designation.”

Gallippi said they can now turn their attention towards establishing a multi-million dollar investment fund to provide sustainable support for the organization and to make financial contributions to improve public health and the environment worldwide. They are very pleased to have BitPay, Xapo, Libra Tax, and Roger Ver leading the effort and look forward to welcoming more Founding Donors.

BitGive’s mission is charitable giving and they are currently partnering with The Water Project to raise $10,000 (BTC equivalent) for clean, safe water in sub-Saharan Africa. BitGive, BitPay, and numerous other donors have contributed to the campaign, which is currently at over 75% of the goal.

In earlier efforts, BitGive and the Bitcoin Community raised $4,850 in one day for Save the Children for Philippines Typhoon Haiyan Children’s Relief Fund. The BitGive Foundation has also donated 1 BTC to Team Rubicon, a nonprofit organization deploying veterans for disaster relief, for Tornado Relief across the mid-west US.

BitGive’s Board of Directors includes Stephen Pair co-founder and CEO of BitPay; Patrick Murck, legal counsel at the Bitcoin Foundation; Madeline Finch, a former Administrative Officer of a community foundation; Curtis Alling, Principal and CEO at Ascent Environmental; and Karsten Behrend, Chief Compliance Officer at Xapo. The organization was supported in its first year by donations and in-kind support from KnCMiner, Bitcoin Development Fund, BitPay, Perkins Coie, LLP, and many others.

BitGive is launching today their Founding Donors Campaign and Membership Program for organizations and individual donors who wish to support the organization’s mission.  These programs are not limited to US donors and welcome donors from all over the world.

To support the BitGive Foundation, donations are being accepted at: http://bitgivefoundation.org/

About BitGive
BitGive is a non-profit 501 (c) (3) charitable foundation leveraging the power of the Bitcoin community to improve public health and the environmental worldwide.  Visit: www.bitgivefoundation.org 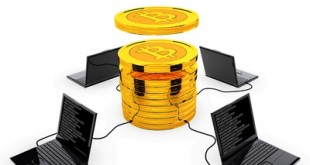 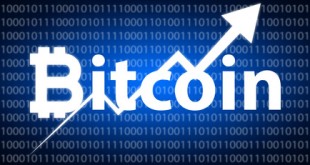